The Graves series- three stories of refuge, death, and destruction. Future kings running from current kings in hiding. A biblical ritual so rare and profound it cures a man from the touch of death. And escaping the total destruction of Sodom and Gomorrah...was not the end of the story. Discover doubt, darkness, and death in the highly anticipated Graves series from Bay Area Beard Co. ﻿ADULLAM-﻿ The cave in which David sought refuge in his fleeing from King Saul near the town of Adullam. In Hebrew the word can mean "cave" or even be translated as "fortress". The term "Cave of Adullam" is used in politics to refer to a small group remote from power but planning to return TUMAT HAMET-The red heifer was a cow brought to the priests as a sacrifice according to the Torah, and its ashes were used for the ritual purification of Tum'at HaMet ("the impurity of the dead"), that is, an Israelite who had come into contact with a corpse.Cedar wood, hyssop, and wool or yarn dyed scarlet are added to the fire, and the remaining ashes are placed in a vessel containing pure water.In order to purify a person who has become ritually contaminated by contact with a corpsewater from the vessel is sprinkled on him. Zoar- one of the five "cities of the plain": a pentapolis located along the lower Jordan Valley and the Dead Sea plain. It was said to have been spared the "brimstone and fire" which destroyed Sodom and Gomorrah in order to provide a refuge for Lot and his two daughters

The packaging, scents, feel in beard, what can I say completely awesome! Bay Area Beard Co hands down knows how to make beard products!

I got the Adullam and Zoar oils and they are Amazing scents!!!Excellent feel in beard and the scent is long lasting!!!I Would Highly Recommend these scents!!!Customer service is great and love the fast shipping!!!!!

D
Dan K.
Great for tobacco fans like me!

Wow - how do they do it? Sort of makes me think of what stepping into an old saloon in the Wild West could have been - with a modern twist. All the scents in this profile are so well married it’s unbelievable. As a fan of tobacco scents, this one hits the mark and then some. This oil works in very well and leaves your beard soft and smelling fantastic. 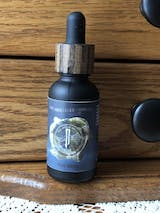 Scalding fires beneath the flesh,
Hearts intermingling become one,
The Dark fragrant scent of Graves is a
perfect embrace for your senses.
Depth in profile will transcend beleif in their evolution in beard.
Delve into darkness with these intoxicating scents.